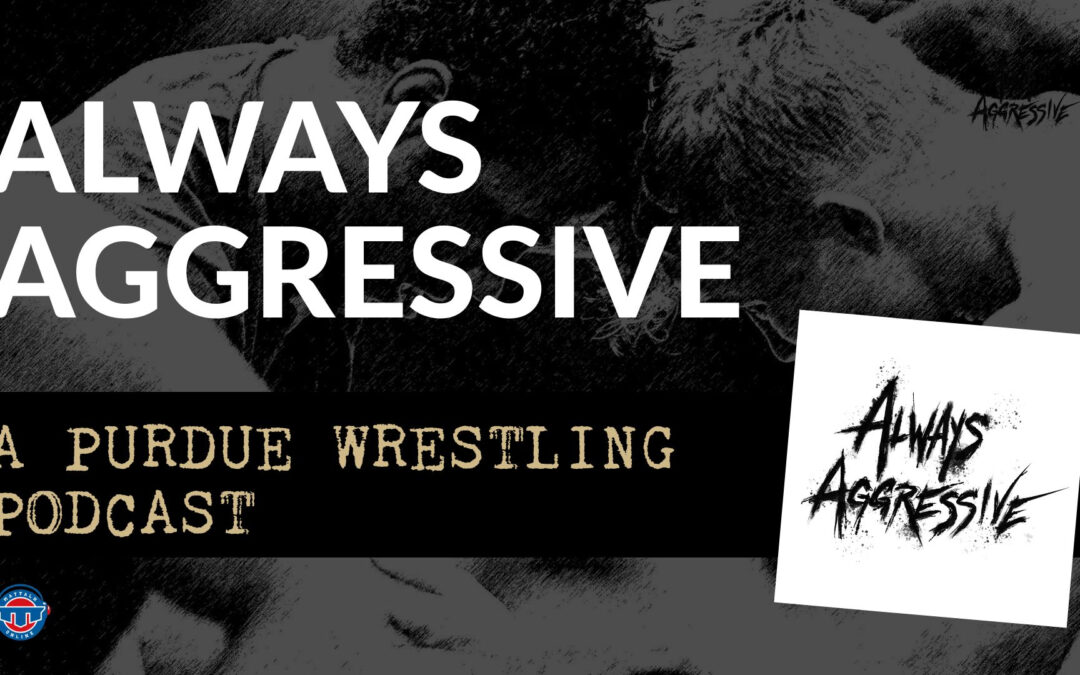 After mother nature interrupted the regularly-scheduled programming last week, the Always Aggressive Podcast returned to cover the last two weeks of action on-and-off the mat. Purdue head coach Tony Ersland and the crew look at dual wins over Indiana and Minnesota, the Boilermakers' outgoing seniors and a blind look at national rankings.

The Boilermakers have won their last two conference duals, and three of their last four, earning a 17-16 win at Indiana and defeating No. 16 Minnesota 18-14 in Purdue's final home dual of the season. Both wins were significant from a historical perspective as the Boilermakers won their 12th straight over Indiana, while snapping a 12-dual win streak for the Golden Gophers over Purdue and earning the first win over Minnesota since 2004.

Seniors Max Lyon and Devin Schroder went out of Holloway Gymnasium on an especially high note as Lyon defeated No. 22 Isaiah Salazar at 184 pounds, 4-3, while Schroder knocked off No. 9 Patrick McKee at 125 pounds, 8-3.

Finally, wrestling supervisor of operations Tanner Lipsett presented Ersland and Cory Palm with an interesting exercise this week, creating blind resumes for two specific sets of rankings. The crew took a look at all the things that potentially influence rankings, and how perspectives change when you strip everything down to wins, losses and head-to-head results.