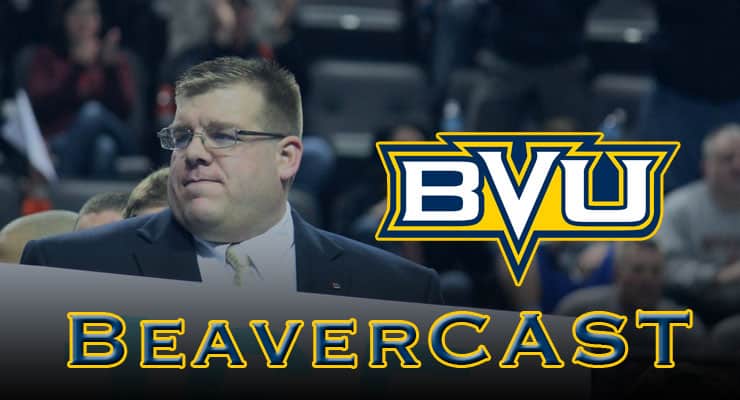 Episode 6 of the BVU BeaverCast talks with one of the most recognizable wrestling alums of Buena Vista University — K.J. Pilcher, the wrestling beat writer for the Cedar Rapids Gazette.

Pilcher joins host Jason Bryant in the lodge to talk about what drew him to Buena Vista, or rather, how Buena Vista brought him in after Pilcher's older brother excelled as a wrestler in Storm Lake.

While never an All-American, Pilcher's influence on the sport of wrestling far exceeds his accomplishments on the mat. He's been voted as the National Wrestling Media Association's Journalist of the Year and his publication, the Cedar Rapids Gazette, has also been named Publication of the Year by the NWMA.

Pilcher talks about how coach Al Baxter and BV wrestling changed the course of his life and now he gets to cover wrestling … all the time.