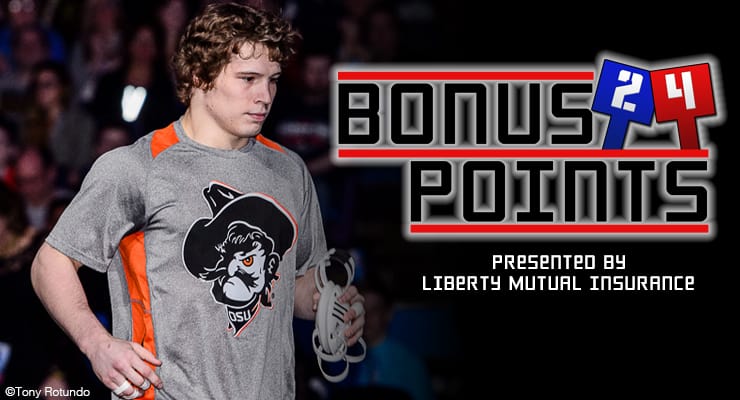 Bonus Points, the official podcast of USA Wrestling, is presented by Liberty Mutual Insurance Play Positive® and will feature many of the top names in wrestling from the U.S. and beyond.

Dieringer won the 157-pound NCAA championship in 2014 followed by the 165-pound title last year. A win in 2016 would make Dieringer the 16th Oklahoma State wrestler to win three NCAA titles.

Join USA Wrestling's Richard Immel as he takes you through the latest USA Wrestling news from around the country and talks with Dieringer about his journey at Oklahoma State, what it takes to become a multiple time NCAA champion, the keys to dominating opponents and much more.