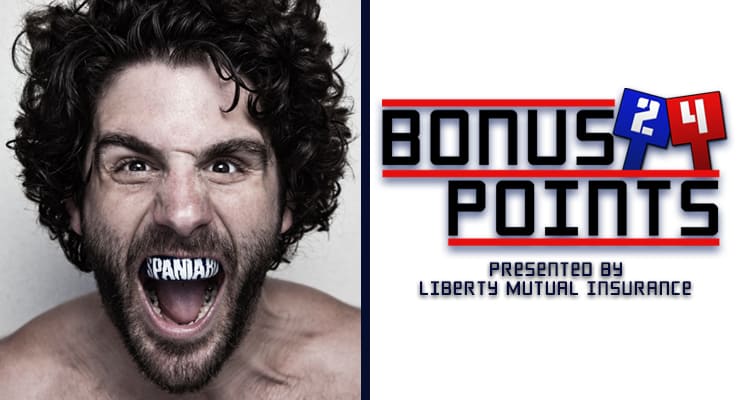 USA Wrestling's Bonus Points podcast, presented by Liberty Mutual Insurance, will feature many of top names in wrestling from the U.S. and beyond.

Brenneman wrestled collegiatly at Lock Haven University where he finished in the round of 12 at the 2004 NCAA Championships. He was named to the NWCA All-Academic Team in 2004.

Following his wrestling career at Lock Haven, Brenneman taught high school Spanish for three years, where he garned his nickname The Spaniard, before winning the reality television show Pros vs. Joes in 2006. Soon thereafter, he elected to turn to a career in mma.

Brenneman was ranked as high as No. 7 in the UFC welterweight division. He has battled current top contenders Johny Hendricks and Anthony “Rumble” Johnson inside the Octagon.

Currently, Brenneman works as a professional speaker and author. He just released his first book, Driven: My Journey from Classroom to Cage, last fall.

Join USA Wrestling's Richard Immel as he takes you through the latest wrestling news from around the country and talks with Brenneman about how wrestling has shaped his life, his UFC career and his current business ventures.

Related Links
www.charlie-brenneman.com
Driven: My Journey from Classroom to Cage