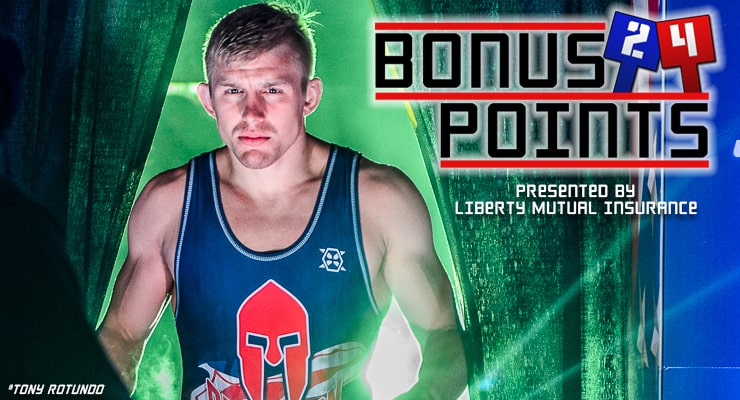 USA Wrestling's Bonus Points podcast, presented by Liberty Mutual Insurance, will feature many of top names in wrestling from the U.S. and beyond.

Wrestling collegiately at Cornell University, Dake became the third wrestler in history to win four individual NCAA championships and the first-ever wrestler to do so at four different weight classes.

Join USA Wrestling's Richard Immel as he takes you through the latest wrestling news from around the country and talks with Dake about his wrestling journey, moving up to 86 kg, what makes him successful and much more.