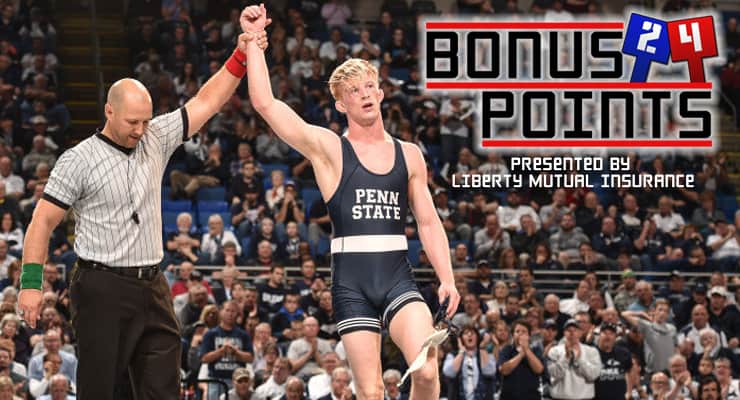 Join USA Wrestling's Richard Immel as he attempts to deconstruct the greatest minds in wrestling and sheds light on the secrets of success for each guest.

Episode 25 of Bonus Points features Penn State freshman and 2016 Southern Scuffle champion Bo Nickal. Topics of discussion include Nickal's freshman campaign to this point, being a key cog in the Penn State lineup and what sets him apart both on and off the mat.

Nickal is currently undefeated on the college level this year and ranked No. 1 in the NCAA at 174 pounds. Nickal won the Southern Scuffle on Jan. 2 in impressive fashion, being named outstanding wrestler of the competition.

Prior to arriving in State College, Pa. Nickal was a three-time Texas state champion and two-time U.S. Cadet World Team member on top of mulitple high school national championships and accolades. He placed fifth in the world in 2013.