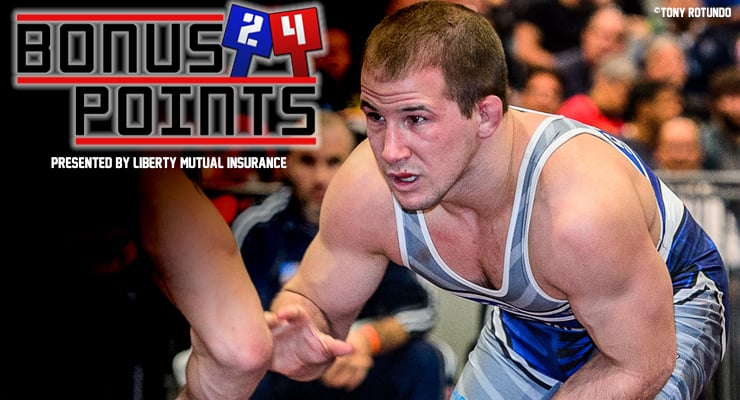 Stieber attended college at Ohio State University where he won four NCAA titles, four Big Ten titles and the 2015 Dan Hodge trophy. He helped guide the Buckeyes to a Big Ten and NCAA title in 2015, the first NCAA team championship in school history.

Now focused soley on competing at the Senior level in freestyle wrestling, Stieber has proven to be a force at 65 kg. This season he has won silver medals at the Bill Farrell International, Golden Grand Prix Finals, U.S. Senior Nationals and Outstanding Ukrainian Memorial. He also tacked on a bronze medal at the Alexander Medved International.

Topics of discussion include his international season in preparation to make the U.S. Olympic Team, becoming the fourth man to win four NCAA Divison I titles, the upcoming college postseason and what he needs to do to win Olympic gold.