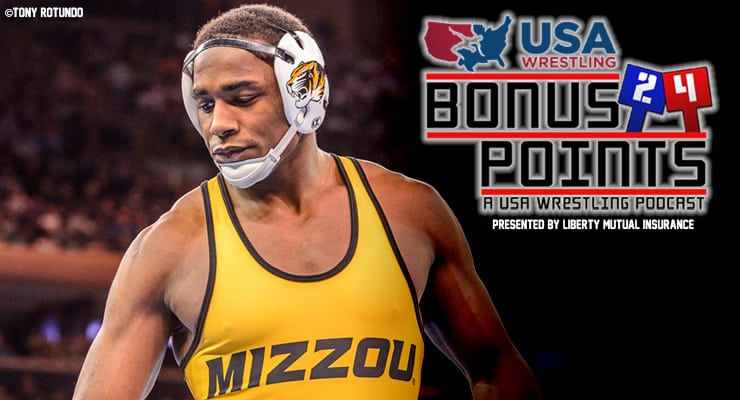 The USA Wrestling Bonus Points podcast, presented by Liberty Mutual Insurance, will feature the top names in wrestling from the U.S. and beyond.

Cox recently won his second NCAA title as a junior for the Tigers. He defeated No. 1 seed Morgan McIntosh of Penn State, 4-2, in the 197-pound NCAA finals at Madison Square Garden in New York City, N.Y.

Cox is now a three-time NCAA All-American for Missouri, posting finishes of first, third and first at the NCAA Championships. He is a three-time Mid-American Conference champion and was recently named MAC wrestler of the year for 2016.

Courtesy of winning the 2016 NCAA title, Cox has qualified to compete at the 2016 U.S. Olympic Team Trials in Iowa City, Iowa where he will compete at 86 kg/189 lbs.

Prior to attending Missouri, Cox was a four-time Missouri state champion for Hickman High School and won the 2012 Junior Nationals at 220-pounds.

Topics of discussion include his journey to winning a second NCAA championship, challenges he has faced this season, growth of the Missouri wrestling program, wrestling in the U.S. Olympic Team Trials and much more.