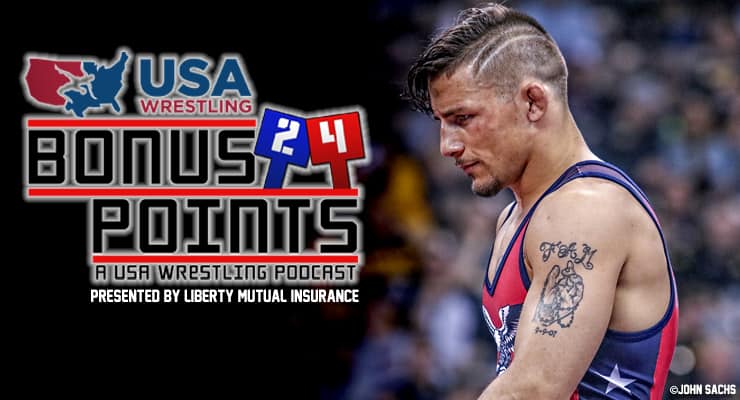 In the best-of-three championships series Molinaro defeated Pico two matches to one.

The past two seasons Molinaro has won three gold medals at international competitions. In 2015 he claimed gold at the Guelph Open and Grand Prix of Spain. This February he ran the table at the Pan American Championships to take top prize.

Molinaro was four-time NCAA All-American for Penn State University. He won the NCAA championships in 2011 and was NCAA runner-up in 2011.

Topics of discussion include his remarkable Olympic Trials performance, qualifying for the Olympic Games, how to beat the odds and much more.