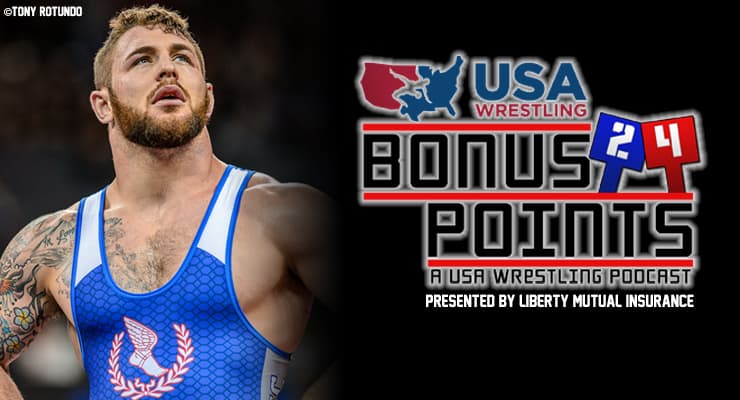 To claim top prize at the U.S. Olympic Team Trials, Provisor won
bouts over Patrick Martinez, Jordan Holm and Jake Clark, all of
whom were past U.S. World Team members.

Since wrestling in the 2012 Olympic Games held in London, England,
Provisor has battled a steady stream of injuries, became a father
and continued to strive for his goal of returning to Olympic
competition.

Topics of discussion include his Olympic Trials run, what he
expects in his repeat Olympic bid, his life journey on and off the
wrestling mat and much more.

Listen to previous episodes of the show on the USA Wrestling Bonus Points Archives or by
subscribing on your favorite podcast listening application.