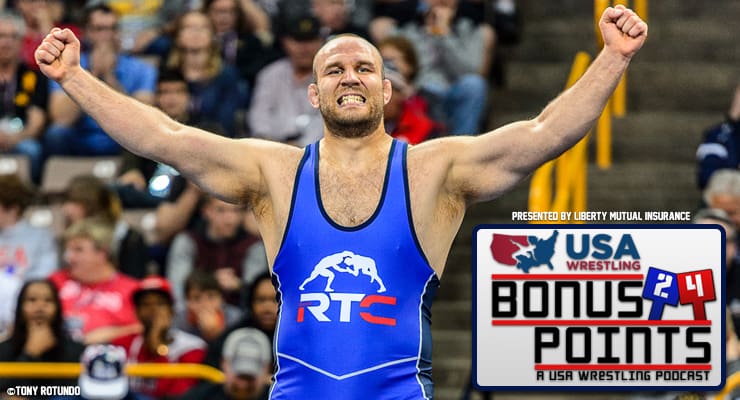 After moving to the U.S. from Bulgaria at age four, Dlagnev has paved a remarkable road on the wrestling mat. He has competed at four senior-level World Championships on top of the 2012 Olympic Games in London, England. Moreover, he wrestled for a medal in all five of his World and Olympic competitions, earning bronze in 2009 and 2014.

Last year, Dlagnev won the U.S. World Team Trials but was forced to remove himself from the World Championships due to injury. He still battles the very same injury to this day.

At the University level, Dlagnev was a four-time NCAA Division II All-American and two-time NCAA champion at Nebraska-Kearney. He helped lead the program to its first NCAA team championship in 2008. The same year he won a gold medal at the World University Championships in freestyle.

Topics of discussion include battling through adversity to capture his second Olympic berth, moving to the U.S. from Bulgaria as a child, how he rapidly developed his wrestling skillset, preparation for the Olympic Games and much more.