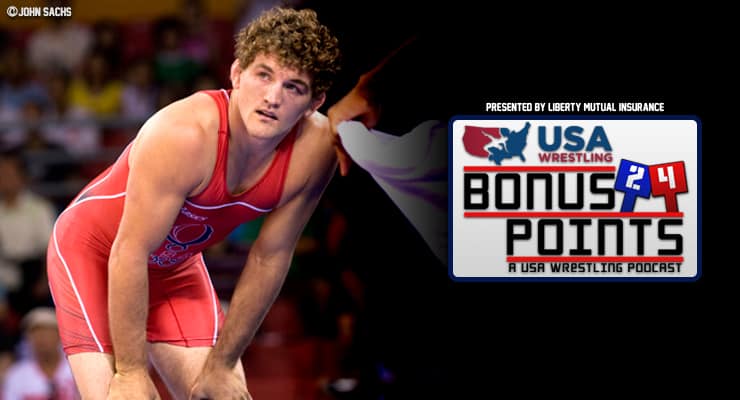 Askren competed at the 2008 Olympic Games in Beijing, China for Team USA. He was a two-time NCAA champion and four-time NCAA finalist for the University of Missouri.

After competing at the Olympics, Askren made the transition to mma full-time. He was a multiple time Bellator welterweight champion and is currently the ONE FC welterweight champion. Askren also heads the Wisconsin based Askren Wrestling Academy alsongside his brother Max.

Topics of discussion include the the magnitude of the Cadet and Junior Nationals in Fargo, N.D., the Olympic Games, wrestling in mma and much more.