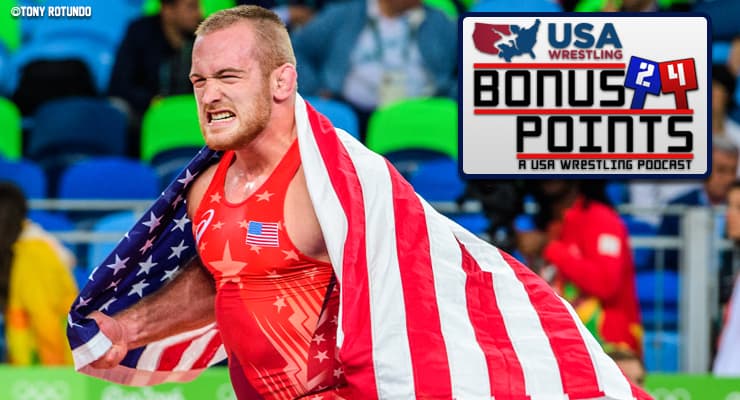 Competing at 97 kg, Snyder defeated Javier Cortina of Cuba, Albert Saritov of Romania, Elizbar Odikadze of Georgia and Khetag Goziumov of Azerbaijan on his road to gold in Rio.

Last Sept. Snyder became the youngest World champion in U.S. wrestling history, and followed that up by winning his first NCAA championship for Ohio State in March.

Topics of discussion include the road to Olympic gold, a wild up-and-down season, mixing college and international wrestling and much more.