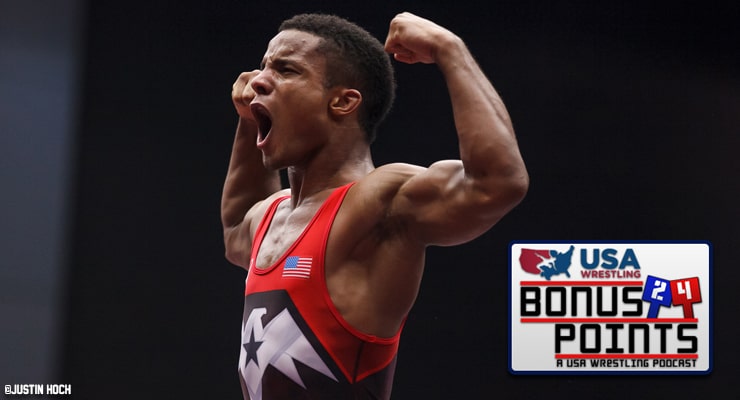 The 19-year-old Hall won men's freestyle gold for the U.S. at the 2016 Junior World Championships in Macon, France with a remarkable performance at 74 kg/163 lbs.

Hall won five matches over the top Junior wrestlers in the World to win his first Junior crown. Two of Hall's five wins came by technical fall with one other coming by pin.

Hall is attending college wrestling powerhouse Penn State where he will compete as a freshman this fall.

Topics of discussion include his Junior Worlds journey, college recruitment, navigating early success and much more.