BP56: Jordan Burroughs opens up about the toughest day of his wrestling career 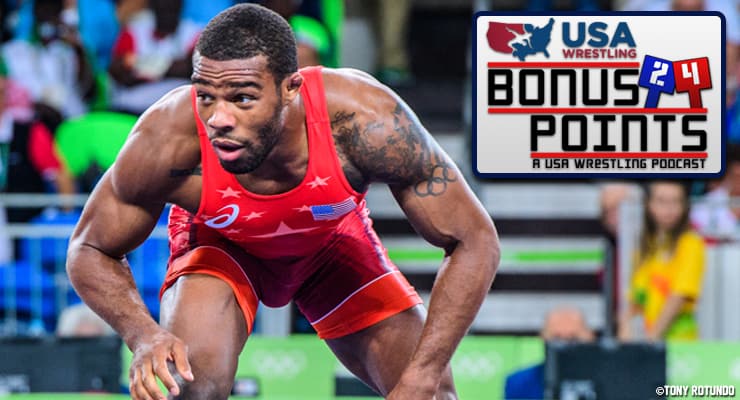 Already cemented as one of the greatest wrestlers in U.S. history entering the 2016 season, Burroughs found himself with a rare opportunity to compete at the Olympic Games for the second time after winning the U.S. Olympic Team Trials last April.

Burroughs was one of the premier faces for Team USA at the 2016 Olympic Games held in Rio de Janeiro, Brazil as he attempted to grasp his second Olympic gold medal.

On August 19, 2016 Burroughs competed in the Olympics as a heavy favorite in the men's freestyle 74 kg division. A day he invisioned as his grand statement to the world turned out to be his most difficult day on the wrestling mat.

Burroughs was defeated in the Olympic quarterfinals by eventual silver medalist Aniuar Geduev of Russia, 3-2. He later fell in the repechage round to Bekzod Abdurakhmonov of Uzbekistan, 10-0 and left Rio without a medal.

Despite his Olympic setback, Burroughs has ammased four total World medals, three gold and one bronze, on top of an Olympic gold from 2012. He owns an astounding Senior-level record of 130 wins to only four losses since his debut in 2011.

How does Burroughs view his most recent Olympic outing? What did he do to cope with a rare defeat on the biggest stage in wrestling? Will we see him back on a wrestling mat in the coming year? Burroughs answers all these questions and more on this episode of Bonus Points.