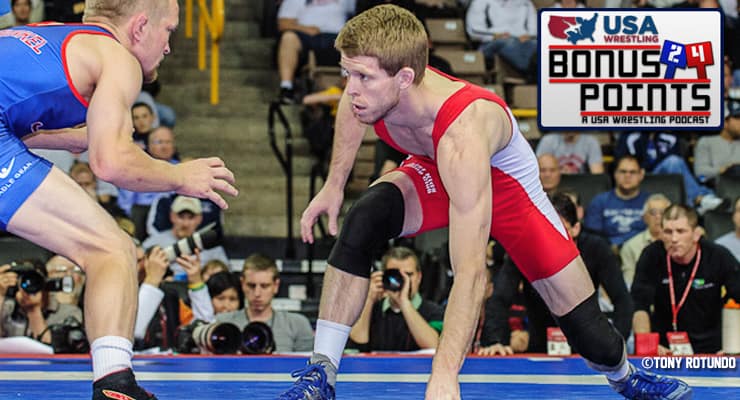 Dubbed the East Lansing Strangler for his punishing wrestling style, Simmons was a staple on the U.S. men's freestyle scene from 2004 until he announced his retirement in 2015.

Simmons finished in fifth place at the 2011 Senior World Championships held in Istanbul, Turkey. He was a runner-up at the 2012 U.S. Olympic Team Trials.

Wrestling collegiately for Michigan State, Simmons earned four NCAA All-American honors with finishes of third, fourth, fourth and seventh at the NCAA Championships. He was a three-time Big Ten Champion for the Spartans, racking up 138 collegiate wins with 46 coming by fall.

Simmons was one of the top high school wrestlers in U.S. history with 211 overall wins, only three of which not coming by pin or technical fall. He was a four-time Michigan state champion and three time Junior National champion.

Topics of discussion include the Simmons family Thanksgiving tradition, the outlook of this year's Indiana squad and examining his wrestling career.