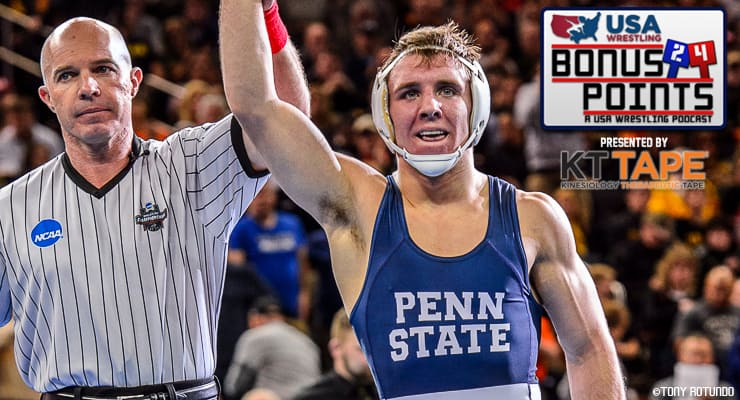 Retherford won his first NCAA title for the Nittany Lions last season at 149 pounds with a 34-0 overall record. Of his 34 wins, 15 were pins, eight came by technical fall and seven were major decisions.

In 2016, Retherford was a finalist for the Hodge Trophy, awarded annually to the best college wrestler, and was awarded the NCAA's most dominant wrestler award.

Retherford enters his junior campaign as a two-time NCAA All-American, two-time Big Ten finalist and Big Ten champion. He also finished in third place at the 2016 U.S. Olympic Team Trials and was a 2012 Cadet World champion in freestyle.

Topics of discussion include Retherford's wrestling journey, growing up on a farm in rural Pennsylvania, the outlook of Penn State this year and much more.