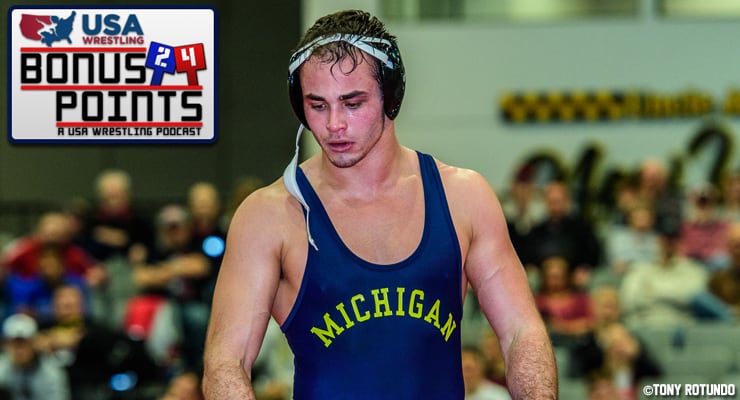 The young Wolverine has taken the NCAA by storm this season, currently holding the No. 2 ranking at 165 pounds and an undefeated 15-0 record.

Massa downed NCAA finalist Isaac Jordan of Wisconsin in the finals of the Cliff Keen Las Vegas International to win his first major college tournament and solidify himself as a NCAA title contender.

As a redshirt freshman, Massa posted a 13-1 record for Michigan. He won the Eastern Michigan Open, Michigan State Open and finished in second place at the Southern Scuffle.

Massa has proven strong on the freestyle side as well. He qualified and competed at the 2016 U.S. Olympic Team Trials held last April and placed fourth at the 2016 U.S. Senior Nationals at 74 kg/163 lbs.

Topics of discussion include Massa's Cliff Keen Las Vegas Invitational performance, the high's and low's of his wrestling career thus far, combatting winning with the rise in expectation and much more.