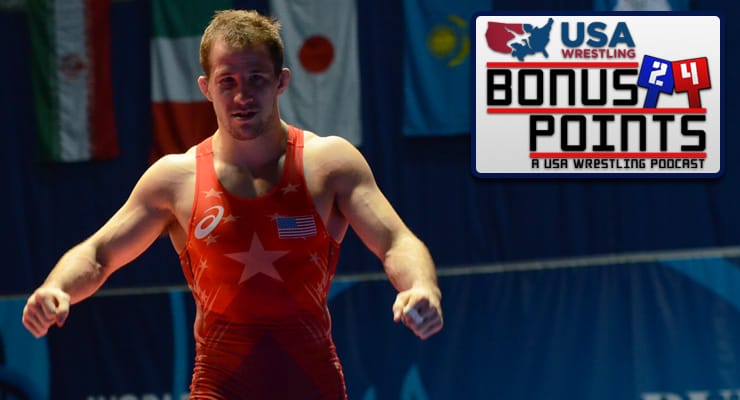 The four-time NCAA champion and 2011 Junior World silver medalist made his mark on the international wrestling world with an electrifying gold-medal performance at the 2016 World Championships in Budapest, Hungary.

Stieber stared down an incredibly challenging draw at Worlds, with all four of his opponents ranked highly in the United World Wrestling men's freestyle rankings at 61 kg/134 lbs.

The U.S. gunslinger opened his World title run with a quick 10-0 technical fall over 2015 World bronze medalist Vasyl Shuptar of Ukraine. In the quarterfinals, he topped eventual bronze medalist Akhmed Chakaev of Russia, 13-11, scoring the deciding takedown with five seconds left in the match. Moments later, Stieber secured the match-clinching takedown on Asian silver medalist Behnam Ehsanpoor of Iran with one second remaining in the bout to pull out a 9-8 victory and qualify for the finals.

Standing across Stieber in the gold-medal match was 2015 European Games silver medalist Beka Lomtadze of Georgia. Leading 1-0 entering the second frame, Stieber rode his high-powered offense to a comfortable 8-4 decision and his first World championship.

Stieber won his fourth NCAA title and the Hodge Trophy for the Ohio State Buckeyes in 2015, becoming just the fourth wrestler in NCAA history to accomplish this feat. He is now the first four-time NCAA champion to win a World Championships.

Topics of discussion include the thrill of winning a World title, the clutch factor, his up-and-down 2016 season and much more.