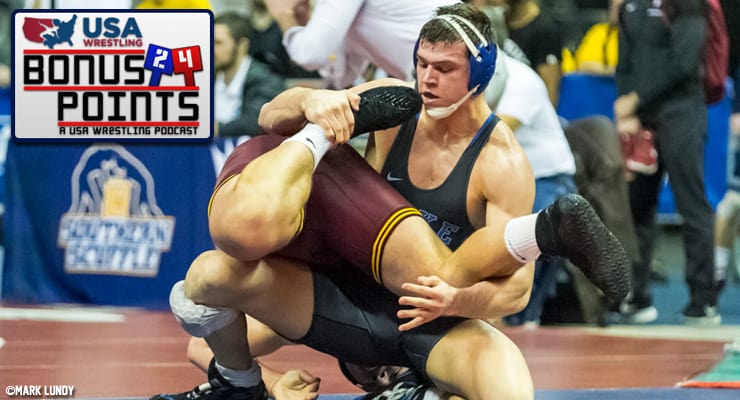 Competing in his junior season for the Blue Devils, Kasper has compiled a 20-1 record with six wins coming by fall and three by major decision. He became Duke's first Southern Scuffle champion in January.

Kasper was a NCAA qualifier and ACC runner-up in 2015. He also finished in seventh place at the 2015 U.S. Senior Nationals in Greco-Roman.

Topics of discussion include his personal growth on the mat, taking on a new weight class, training Greco-Roman at the Olympic Training Center and much more.