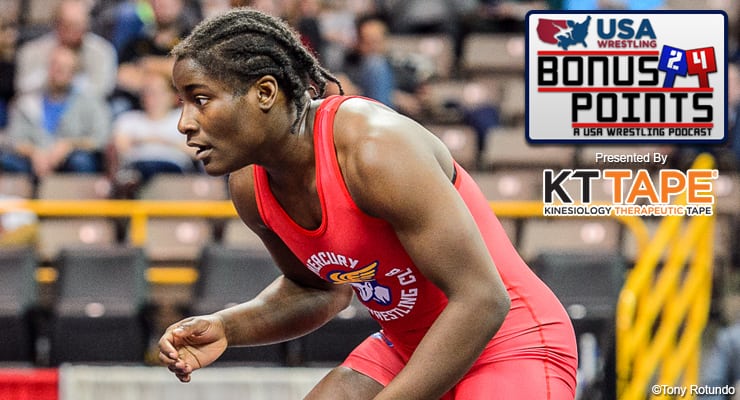 Episode 68 of the USA Wrestling Bonus Points podcast, presented by KT Tape, features one of the top women's freestyle wrestlers in the U.S., Tamyra Mensah.

Mensah is fresh off a gold-medal performance at the Ivan Yarygin Grand Prix held in Krasonyarsk, Russia. She became just the sixth U.S. woman to win the prestigious event, and first to do so since 2010.

2016 was a banner year for the young American talent. Mensah won six medals at international events over the year in addition to her stateside wins at the U.S. Olympic Team Trials and U.S. Senior Nationals.

Mensah is a senior at Wayland Baptist University where she has already earned three WCWA All-American honors and a national title in 2014. She will look for her second WCWA crown this weekend in Oklahoma City, Okla.

Topics of discussion include her performance at the Ivan Yarygin Grand Prix, her 2016 Olympic journey, ascending levels, and much more.