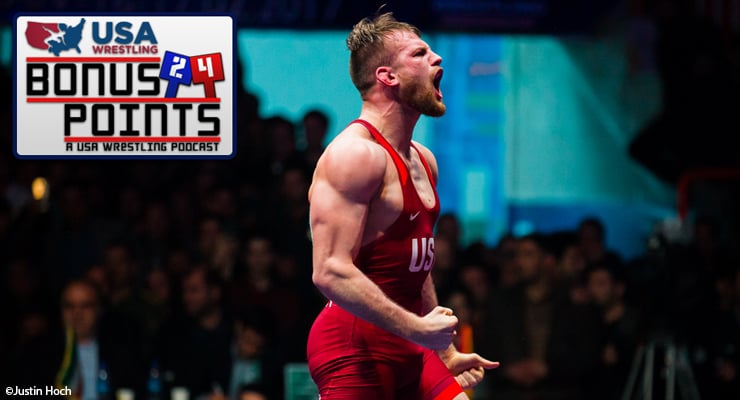 Taylor is fresh off a landmark performace at the 2017 Freestyle World Cup where he went 4-0 for the U.S. at 86 kg/189 lbs. by defeating two Olympic champions, an Olympic bronze medalist and a Junior World champion over a two-day span.

Prior to the World Cup, Taylor won gold medals at four international events with his most recent coming at the 2017 Paris International. He finished in third place at the 2016 U.S. Olympic Team Trials at 86 kg.

Topics of discussion include traveling to Iran for the Freestyle World Cup, his dynamic World Cup performance, Penn State wrestling and much more.