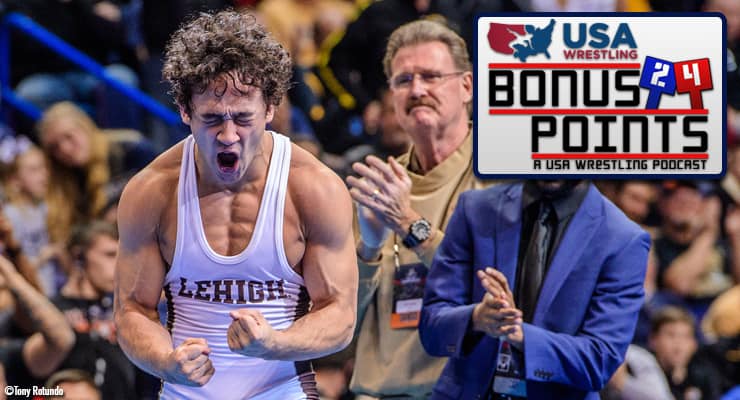 Cruz downed the top seed Gilman 4-2 in the semifinals courtesy of a takedown in sudden victory. He secured a 6-3 win over Lizak in the championship match.

At the conclusion of his junior campaign for the Mountain Hawks, Cruz owns two NCAA All-American honors and two EIWA conference championships. He finished with a 31-2 record this season.

Topics of discussion include his NCAA title run, what it means to accomplish this feat for Lehigh, turning towards a title defense and much more.