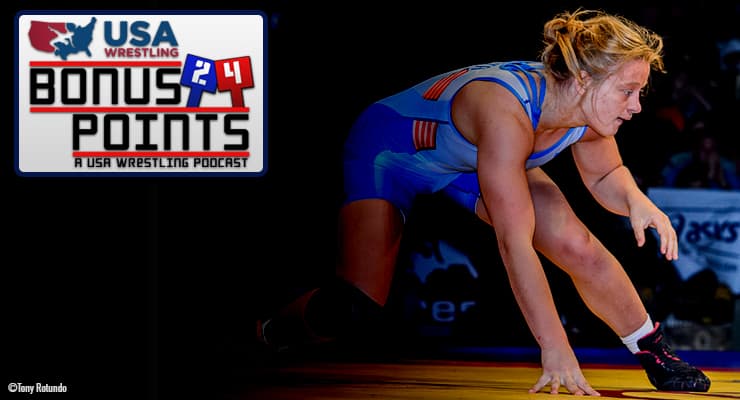 Salata is fresh off winning her third University Nationals title with a masterful performance at the Cox Convention Center in Oklahoma City, Okla.

The Canton, Mich. native has seen tremendous success throughout her career. Salata is a two-time WCWA Women's College Nationals champion and four-time college All-American. She won a Univesity World bronze medal in 2014 and was a member of U.S. Junior World Teams in 2012 and 2013.

On top of her career as an athlete, Salata just completed her first season as an assistant coach at King University, a program that has now won four-straight WCWA team titles. Salata also participates part-time as a freestyle and Greco-Roman wrestling official.

Topics of discussion include winning a third University Nationals title, being a member of the King wrestling program in multiple capacities, the growth of women's wrestling and much more.