BP75: Cory Clark, 2017 NCAA champion for the University of Iowa 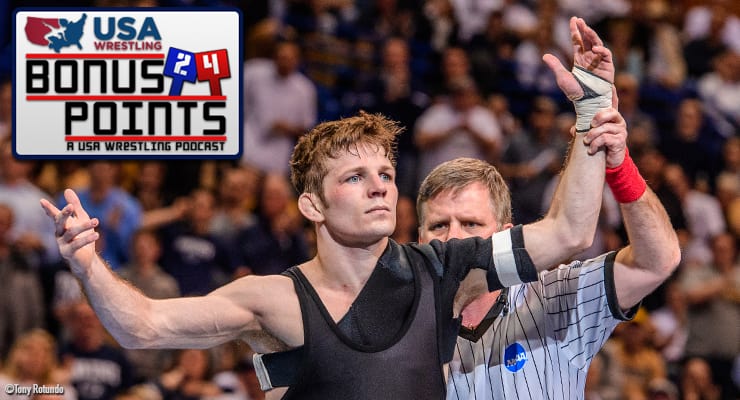 Clark capped off his collegiate career by winning the NCAA Division I Championships held at the Scottrade Center in St. Louis, Mo.

He became the 133-pound NCAA champion with wins over Connor Schram of Stanford, Pat D'Arcy of Princeton, Stevan Micic of Michigan, Nathan Tomasello of Ohio State and Seth Gross of South Dakota State. Clark defeated Gross 4-3 in the championship match.

Clark finished his Hawkeye career as a four-time NCAA All-American and three-time NCAA finalist as he became the 54th individual in program history to claim a national title. He is the 19th Hawkeye to become a four-time All-American.

Topics of discussion include cementing his career with a NCAA title, overcoming the heartbreak of finishing second at the NCAAs two times, what it means to be a part of the Iowa wrestling tradition and much more.