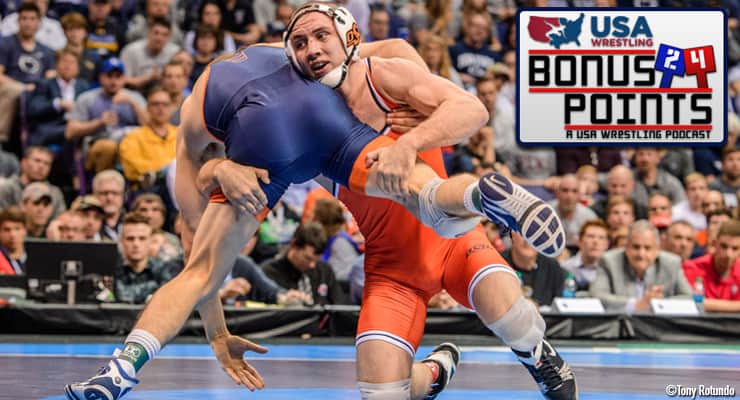 Heil won his second NCAA championship at 141 pounds this season after posting a perfect 32-0 record. He won the 142nd individual NCAA title in Cowboy history and became the 39th wrestler in program history to win multiple titles.

In the NCAA finals, Heil defeated Virginia's Geogre DiCamillo by a 6-3 margin. The two owned a well-established history on the mat dating back to their little league days in Ohio.

Heil is riding a 41-match win-streak heding into his senior season. He has placed fourth, first and first during his first three years at the NCAA Championships and is a three-time Big 12 champion.

Topics of discussion include consistently performing at the highest level, internal motivation, wrestling in tight matches, what it takes to win the NCAA Championships and much more.