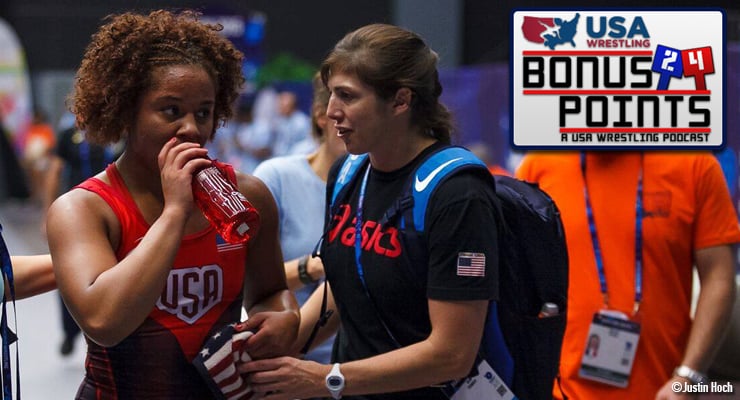 The Pennsylvania native returns to her home state to lead a brand new accelerated elite girls developmental program, which seeks to attract many of the nation's top high school girl wrestlers to pursue national and international goals while attending a highly respected academic institution.

Vandiver has a proven record of success as an athlete on the high school and international levels, as well as extensive experience coaching age-group wrestlers. One of her key responsibilities for USA Wrestling has been working with the nation's top Cadet and Junior level women wrestlers, including coaching U.S. age group World Teams.

In her role as a coach for the resident-athletes at the U.S. Olympic Training Center, Vandiver has also helped numerous U.S. Senior women wrestlers win World and Olympic medals for the United States. She has been a member of the women's coaching staff at the last two Olympic Games.

Erin wrestled at Lock Haven University as a member of the varsity men's team for the 2001-2002 season.

Competing for Grove City High School, she was the first girl in Pennsylvania wrestling history to place at Districts and win a match at the Regional high school boys wrestling tournament. She was also active with USA Wrestling in its age-group women's programs, and won Cadet World bronze medals in 1998 and 1999.

Topics of discussion include taking over the Wyoming Seminary program, her vision for developing women's wrestling, lessons learned through her coaching and athletic careers and much more.