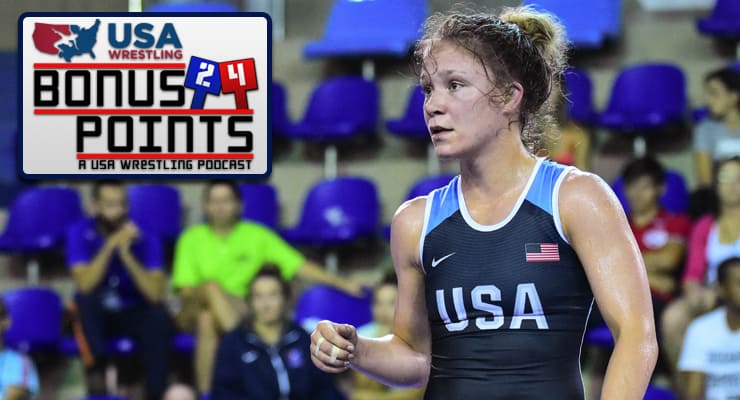 Leathers made her first Senior-level U.S. World Team by winning the U.S. World Team Trials held in Las Vegas, Nev. in April. She will be the 55 kg representative for the U.S. at the World Championships being held in Paris, France, this August.

One week after making the World Team, Leathers brought back gold from the Pan American Championships held in Salvador da Bahia, Brazil.

Topics of discussion include securing a berth on the U.S. World Team, her victory at the Pan American Championships, her journey in wrestling and much more.