BP84: Kyle Snyder runs down “Match of the Century” and U.S. World title 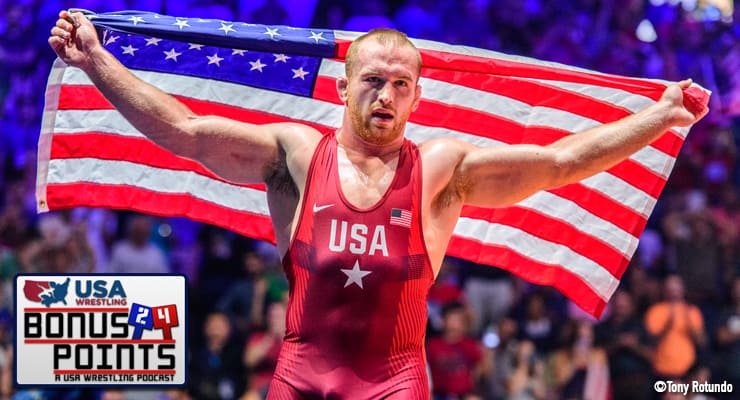 With his performance in Paris, France, Snyder became the eighth American to win multiple World gold medals in men's freestyle. He joins John Smith, Jordan Burroughs, Lee Kemp, Bruce Baumgartner, Mark Schultz, Kevin Jackson and Terry Brands with this distinction. Including results from the Olympic Games, only Snyder, Smith and Burroughs have won three World-level gold medals in a row.

It has been a historic three-year run for the new face of American wrestling. In 2015, Snyder became the youngest American to win a World championship at the age of 19. He set another age record by winning the Rio Olympics at 20. Now he has cemented himself as one of the best pound-for-pound wrestlers in the World by grabbing his third gold.

Snyder has one year of college eligibility remaining for Ohio State. He will return to Columbus, Ohio as a senior with two NCAA championships and three finals appearances under his belt.

Topics of discussion include the “Match of the Century” against Sadulaev, winning the team title, individual legacy and much more.