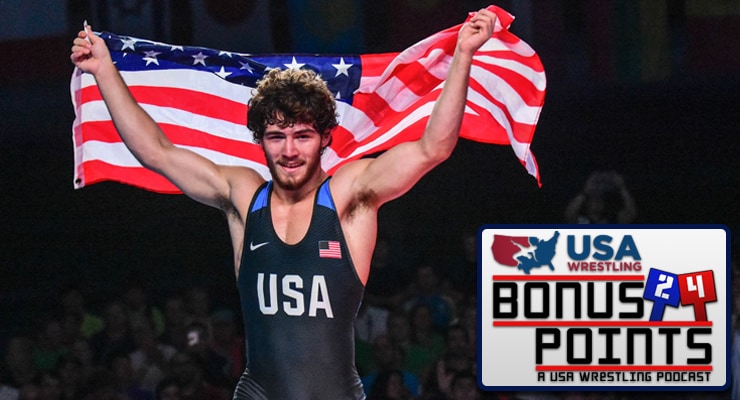 Fix topped the 55 kg/121 lbs. men's freestyle charts at the Junior World Championships held in Tampere, Finland, in August. He won five matches on his way to gold, scoring five technical falls and outscoring his opponents by a combined 53-1 tally.

The win in Finland added to an already outstanding resume for Fix that includes a Junior World bronze medal, a Cadet World Bronze medal, a Youth Olympic Games silver medal and two Cadet Pan American titles. He has competed in four World Championship events for the U.S., two in the Cadet division and two in the Junior division.

Fix was a four-time Oklahoma high school state champion for Charles Page High School, ending his career with a perfect 168-0 record. He was awarded the Dave Schultz High School Excellence Award by the National Wrestling Hall of Fame in 2017.

The talented youngster will begin his collegiate career this year for the tradition-rich Oklahoma State program. He expects to compete at 125 pounds for the Cowboys.

Topics of discussion include his Junior Worlds performance, the recruiting process landing him at Oklahoma State, managing success at a young age, future goals and much more.