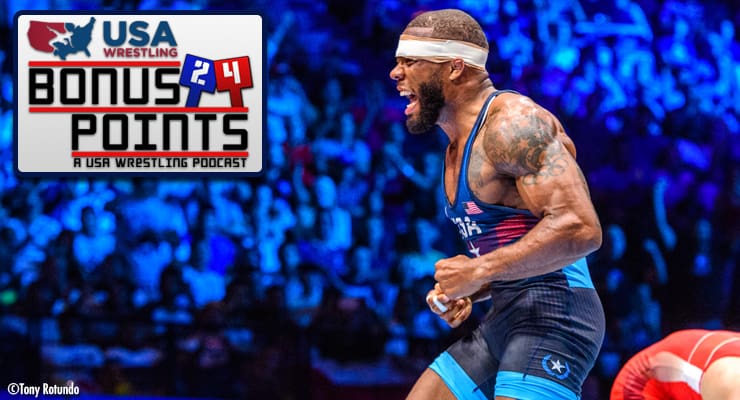 Burroughs picked up his fourth World title out in Paris, France in August. He won five hard-fought bouts to claim the 74 kg/163 lbs. men's freestyle gold medal. In the championship match, Burroughs topped past World champion Khetik Tsabolov of Russia, 9-6.

In addition to his individual triumph at the 2017 World Championships, Burroughs' performance was instrumental in the U.S. claiming its third team title at the event, the first since 1995.

Burroughs has competed at the Olympic Games on two separate occasions for the U.S. He won the gold medal at the London Games in 2012 and finished in ninth place last year in Rio de Janeiro, Brazil.

Topics of discussion include his journey back to the top following a dissapointing Olympic Games, how he approached the mental side of the sport over the past year, brining the U.S. a team title and much more.