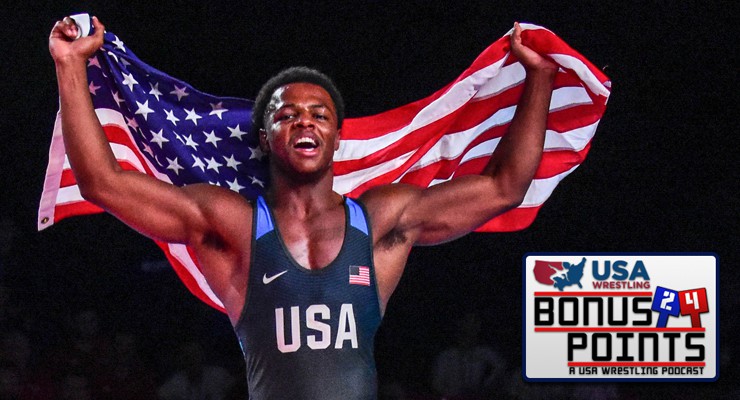 Bey blitzed the 74 kg/163 lbs. field with one spectacular throw after another to claim America's first Greco-Roman gold medal at the Junior Worlds since Garrett Lowney did so in 1999. He rattled off a tournament high 61 total points throughout his five matches in Tampere, Finland.

He followed up his Junior World title by earning a berth on the U.S. U23 World Team that will comepte in Bydgoszcz, Poland, Nov. 21-26.

Bey has been on quite a run this season, picking up Senior-level gold medals at the Bill Farrell International and Dave Schultz Memorial International, on top of a bronze medal at the Grand Prix of Zagreb. He also secured gold at the Austria Open in the Junior division. Domestically, he finished as runner-up at the U.S. World Team Trials and was the U.S. Senior Nationals champion.

He was a six-time All-American at the USA Wrestling Cadet and Junior Nationals held in Fargo, N.D., qualifying for the finals on five occasions, and winning the Junior Greco-Roman crown in 2015.

Bey was an Illinois high school state champion for powerhouse program Oak Park-River Forest prior to making the move out the to the U.S. Olympic Training Center in Colorado Springs, Colo. to focus strictly on Greco-Roman.

Topics of discussion include his marveouls Junior Worlds performance, the offensive Greco-Roman style, the future of U.S. Greco-Roman wrestling and much more.