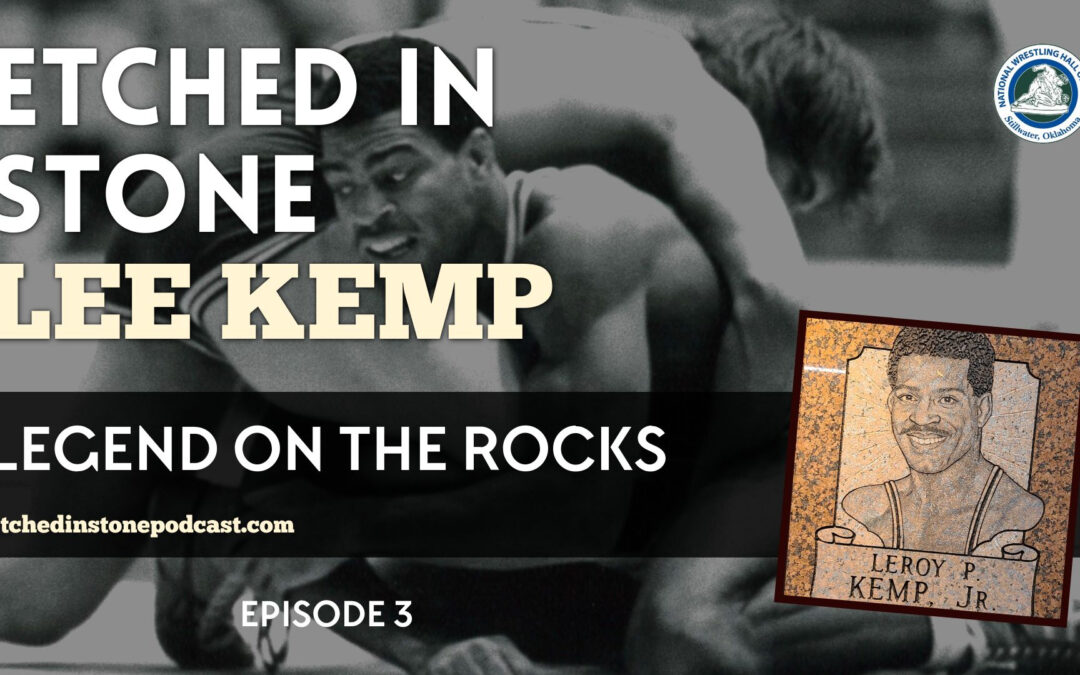 The National Wrestling Hall of Fame and USA Wrestling are excited to announce that their Etched In Stone – Stories of Wrestling Legends podcast featuring Lee Kemp, a three-time World champion and a three-time NCAA champion for the University of Wisconsin has launched at etchedinstonepodcast.com.

Episode II will be released on March 7 followed by Episode III on March 14 and Episode IV on March 21.

The EIS series provides wrestling fans an opportunity to hear legendary wrestlers sharing the trials and tribulations they encountered on the way to becoming one of wrestling's best. Podcasts also include interviews with coaches, competitors, teammates and others who were part of the journey, giving additional insight on the legend. EIS podcasts are produced by former wrestlers and wrestling insiders, utilizing their knowledge and unique perspective to extract the stories that fans want to hear.

Adopted at the age of five, Kemp did not begin wrestling until the ninth grade. But once started, he scaled the heights faster and farther than any American wrestler before him. He reached the NCAA finals as a true freshman, only to be turned back by a split decision in overtime. He would not lose another college bout. The next three years, Kemp posted 108 victories and one draw, and won three NCAA titles at 158 pounds, becoming the first black wrestler to win three national titles.

The four-episode series will break down the remarkable career of one of wrestling's all-time greats.