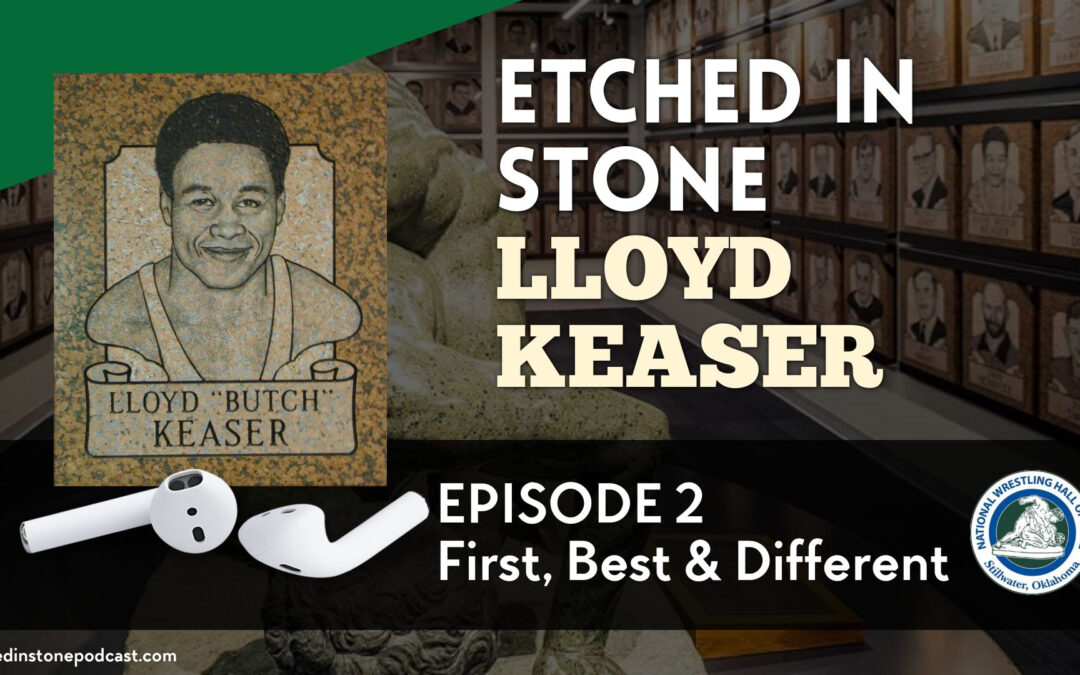 When it comes to being a success, Famed country music legend Loretta Lynn once said you either have to be first, best or different. In the sports world, there aren’t many opportunities to be all three at the same time, since there’s usually always someone who’s come before you.

In 1973, Lloyd “Butch” Keaser would accomplish the rare trifecta, but before Keaser made history as the first African American to win a world championship and the first Black wrestler to win an Olympic medal, he had to be introduced to the sport of wrestling.

In the second installment of the Lloyd Keaser Etched in Stone series, we will explore how the oldest of seven children — who grew up in the poverty, segregation and racism that blatantly existed just outside of Baltimore — used the sport of wrestling to excel on the mat and the classroom that eventually sent him to the Naval Academy as a top student and All-American wrestler.

This series from Etched in Stone will tell you the in-depth story of Lloyd Keaser – A man who overcame growing up in a segregated community near Baltimore and battled through poverty and racism on – and off – the mat and through it all, excelled in the classroom and excelled for his country.