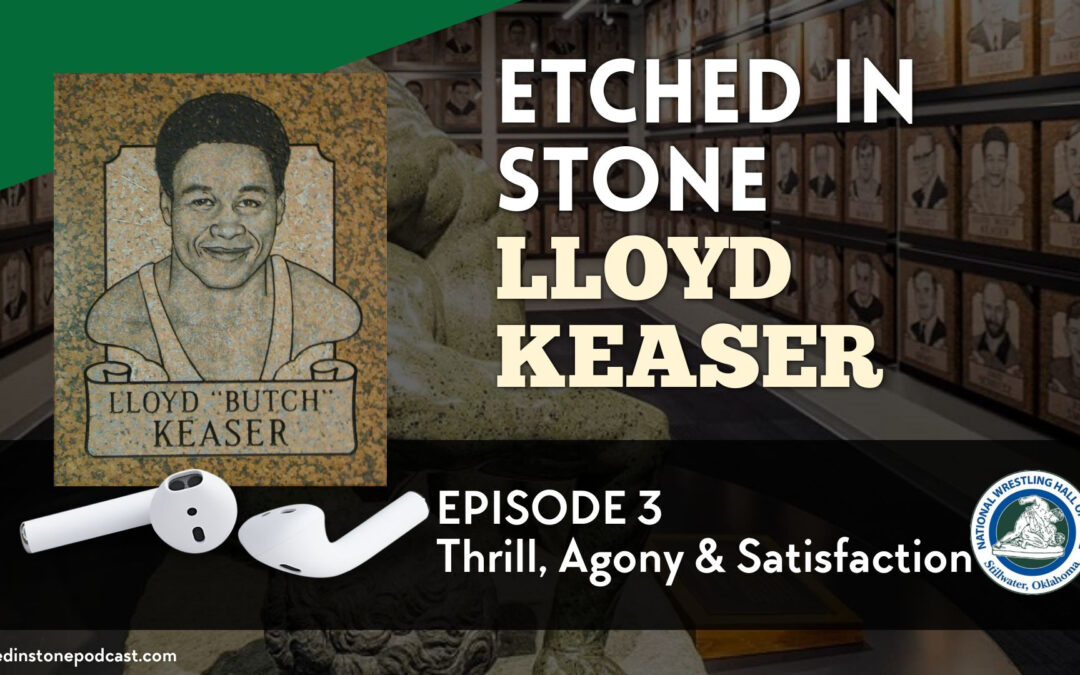 The famous tagline for ABC's Wide World of Sports is the thrill of victory and the agony of defeat. Lloyd Keaser's story isn't all sunshine and rainbows. In addition to the hardships he overcame as a youth and the struggles in high school and at the Naval Academy, Keaser's wrestling career also saw the highs and lows. Wrestling is a fickle beast. Wrestling doesn't care how good you are. It can fell the mightiest of men and women. It is humbling.

Following Keaser's triumph in 1973 at the World Championships, he experienced another form of agony, but it was wrapped in Olympic uniqueness. Another sports adage, especially in combat sports, is you don't win silver, you lose gold.

This is the final chapter of Lloyd “Butch” Keaser story, a post-world championship career and a post-Olympic existence.

This series from Etched in Stone will tell you the in-depth story of Lloyd Keaser – A man who overcame growing up in a segregated community near Baltimore and battled through poverty and racism on – and off – the mat and through it all, excelled in the classroom and excelled for his country.