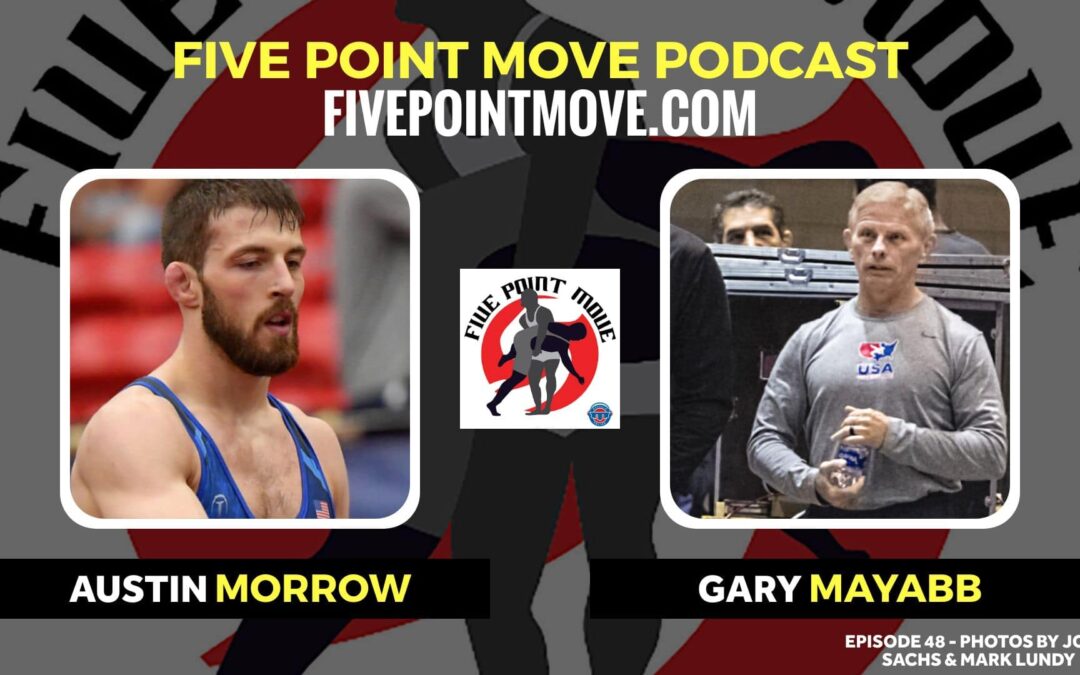 Episode 48 brings a pair of familiar figures to the forefront: Austin Morrow (77 kg, NYAC/NTS) and USA Greco-Roman Manager of Operations Gary Mayabb. Morrow, one of the country's more popular athletes thanks in large part to his exceedingly friendly persona, is also in the midst of a career upswing following his move up in weight prior to the Olympic Trials. Throughout his segment, the NMU grad discusses the thought behind his climb in weight class relative to overall health and performance, as well as what it was like to be bullied by British kids during his youth.

Mayabb needs no introduction. A coach who is respected and adored throughout the sport, Mayabb's passion for development and an uncanny knack for communication are well-known. But, there has been a lot going on recently, including Mayabb announcing that he will return to high school coaching next season. How this might affect his role with the National Program and what he sees as some of the biggest strides made over the past few years are all touched upon in this lengthy but engrossing conversation.