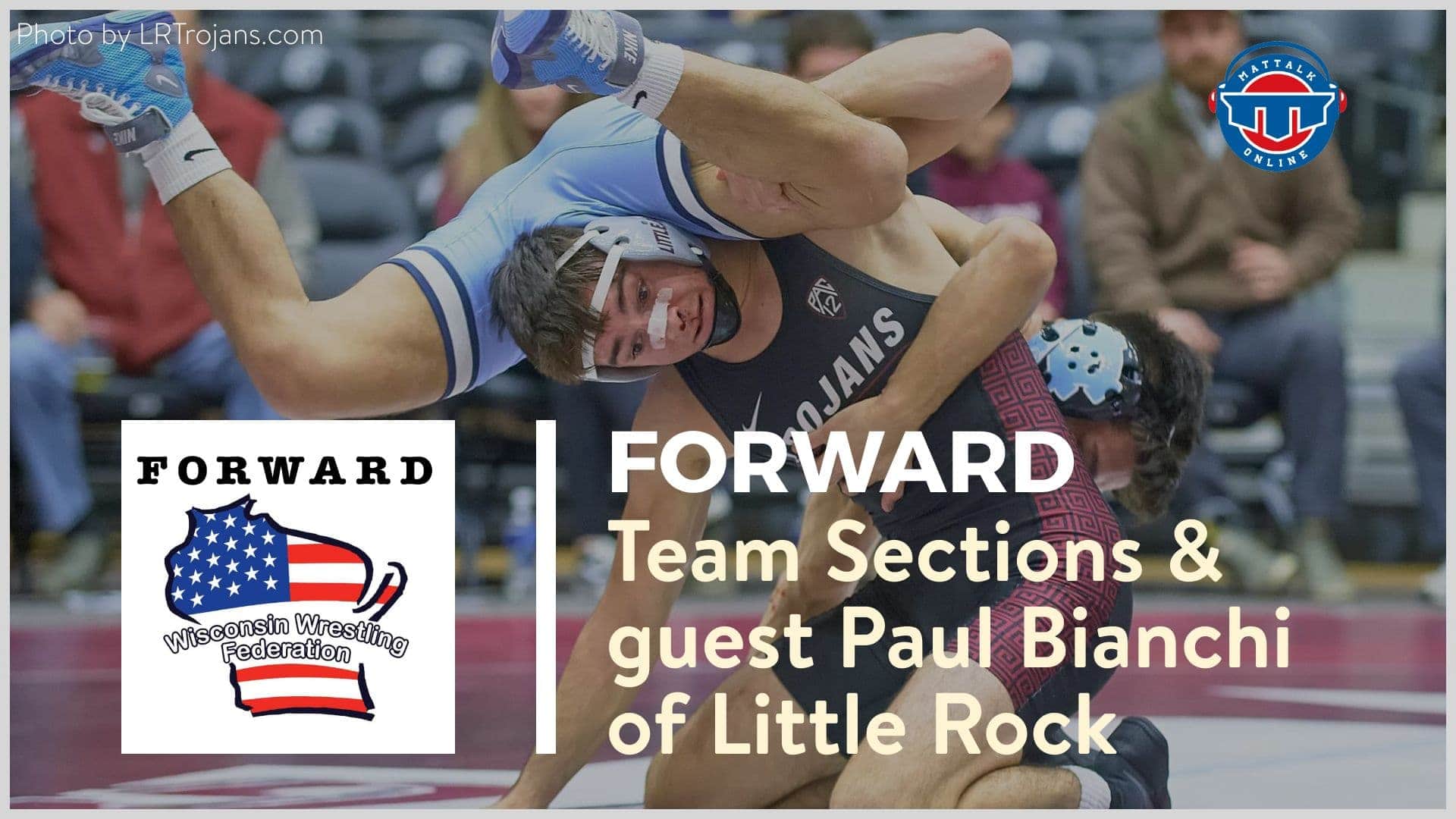 Wisconsin native Paul Bianchi got a fresh start at the brand-new Division I program at Little Rock. A past NCAA qualifier at North Dakota State, Bianchi’s first season after transferring has been modestly successful. On Episode 3 of Forward, hosts Scott Kluever and Kevin Black talk to Bianchi about growing up wrestling in Wisconsin, the culture of wrestling in Arkansas and what it’s like to be on a team again with his younger brother Joey, who is redshirting this season in Little Rock.

Kevin and Scott then look at the Wisconsin team sectional results and look ahead to the upcoming high school action.