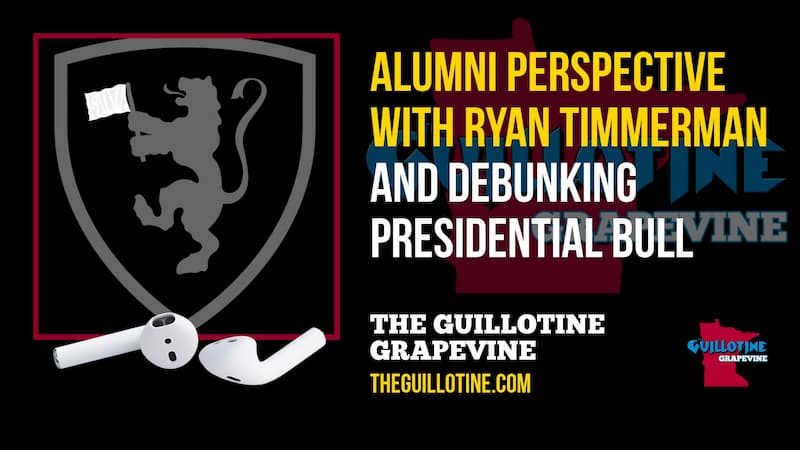 Part 2 in a series about the discontinuation of St. Olaf wrestling.

The fitting representation of the Axe of St. Olaf

What’s the most notable sports story that’s involved St. Olaf in the past 18 months outside of its announcement to drop wrestling?

The answer, known to the entire sporting world, is the school’s place in the fight to kick out Minnesota Intercollegiate Athletic Conference juggernaut St. Thomas out of the conference.

The story wasn’t just prominent in the Star Tribune here in Minnesota, but it made the AP and even ESPN’s Scott Van Pelt noted the boot. If you scratch the surface of the St. Thomas story, you find St. Olaf. So when wrestling gets cut, what are the optics?

From the top down, it looks like there’s an allusion to giving up rather than fighting. Quitting, rather than getting better. Yes, you got beat 97-0 in football to a school with more students. Let’s rally the troops and kick them out of the conference. No, you didn’t give your wrestling team and its student-athletes the basic resources teams need to be competitive – let’s penalize them even further by ruining their college experience with no option to save it. The school has made its priorities known, being competitive isn’t what they want to be known for.

I’m Hall of Fame wrestling announcer and writer Jason Bryant and today on The Guillotine Grapevine, I continue to look into the issues at St. Olaf surrounding its wrestling program and talk with alum Ryan Timmerman, a two-time All-American for the program under coach Sean Ahrar.