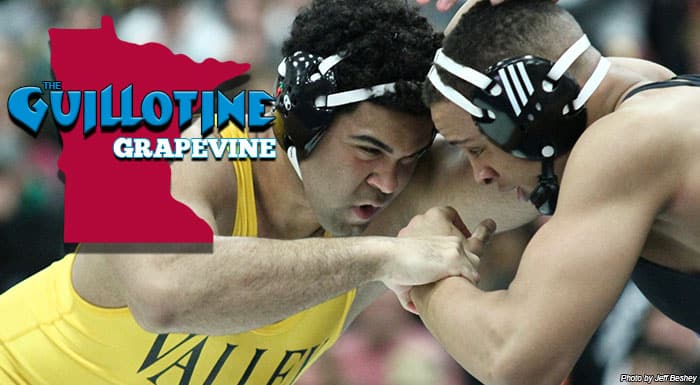 In the lore of Minnesota wrestling, Friday, February 2 might go down as one of the most important in the state's history. Not because the dual outcome impacted a state or sectional title, but because you saw two world champions collide as two of the state's power programs met infront of a capacity crowd at Simley High School in Inver Grove Heights.

Episode 40 of The Guillotine Grapevine goes before and after the Gable Steveson-Greg Kerkvliet super match. Steveson, a three-time world champion at the international age-group levels at heavyweight faced off with Simley 220-pounder Kerkvliet, the 2017 Cadet world champion at 100kg.

We talk with fathers Robert Steveson, Greg Kerkvliet, then we talk with the combatants before finishing up with Simley AD and wrestling coach Will Short about setting up the match.