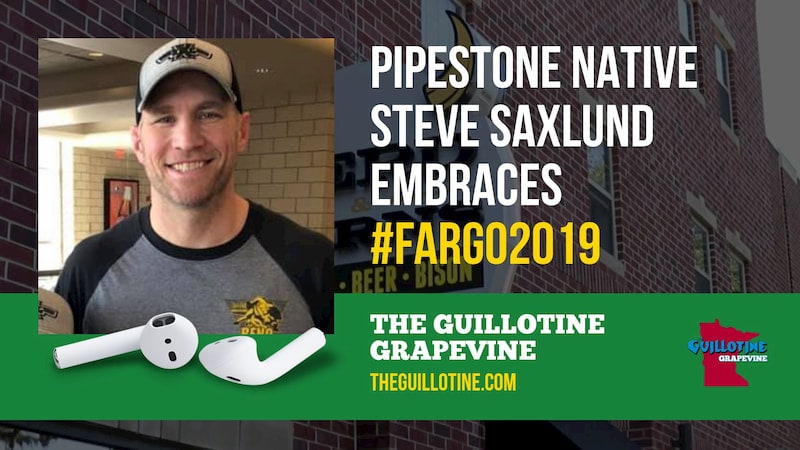 A national event has a distinctly Upper Midwest presence as the 2019 USA Wrestling Junior & 16U Nationals will come to the Fargodome just across the Red River in Fargo, North Dakota from July 13-19. On this episode of The Guillotine Grapevine, we visit with Steve Saxlund, a Pipestone, Minnesota, native who was a four-time All-American and three-time NCAA Division II champion at North Dakota State.

Saxlund is part-owner in a NDSU-themed bar and grill called Herd & Horns, which rolls out the green and gold carpet for wrestling fans this coming week. Saxlund talks about the impact of the tournament on the business, the impact of the other tournament that's known around Fargo, the Rumble on the Red, before diving into his backstory on what pushed him to compete and battle at NDSU after winning a state title in 1A back in 1996.