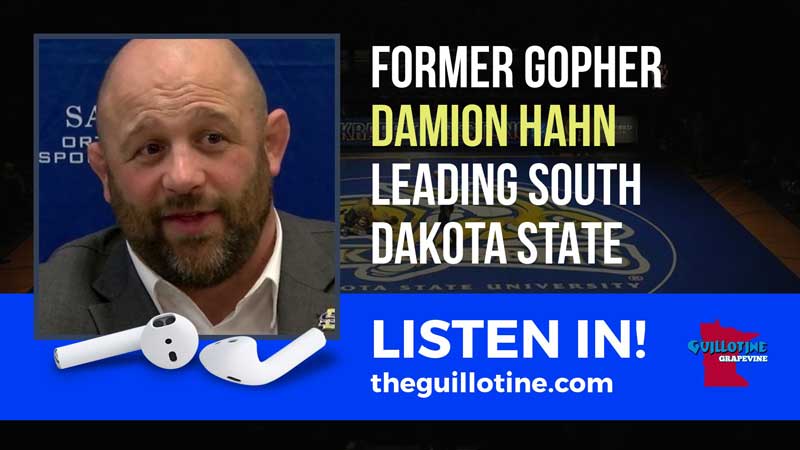 Heading into November 25th's dual at Maturi Pavilion, The Guillotine Grapevine catches up with new South Dakota State head coach Damion Hahn. A four-time All-American and two-time NCAA Division I champion for Minnesota, Hahn left Cornell after 12 seasons as an assistant coach and came back to the midwest. Hahn talks about his foundations in wrestling, how he dealt with being the best guy on a losing high school team and how he chose Minnesota and how the team component was a big part of it.

Hahn goes year-by-year as a Gopher, talking about the influences on him as a wrestler before he got into coaching with Rob Koll at Cornell. We then circle back as to how Hahn broke away from his own conventional thinking with what he wanted from a coaching job and how Justin Sell, the AD at South Dakota State changed all that.

While Hahn is coaching at a school looking to poach Minnesota talent from the state, it's a good trip down memory lane for Gopher fans.