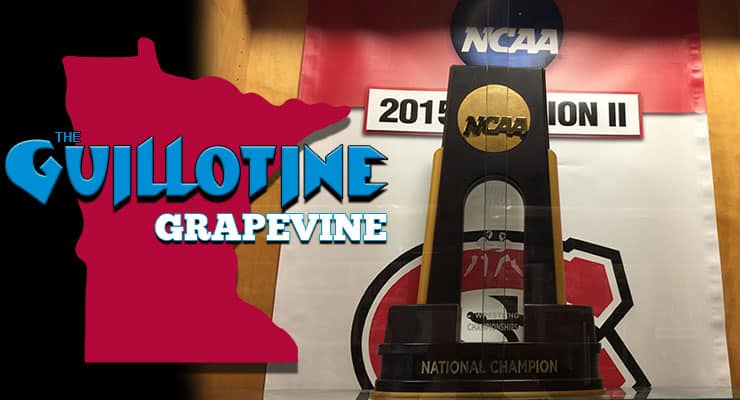 Episode 3 of the Guillotine Grapevine heads up to Halenbeck Hall in St. Cloud as we visit with St. Cloud State head wrestling coach Steve Costanzo.

Costanzo finds familiar faces in the way as he looks to earn back-to-back titles. They include his college coach, Mike Denney at Maryville and Nebraska-Kearney head coach Marc Bauer, also a Nebraska-Omaha alum.

With numerous All-Americans returning, depth isn't an issue, firepower doesn't seem to be an issue either. There's a wrestling revolution in Division II coming from St. Cloud.