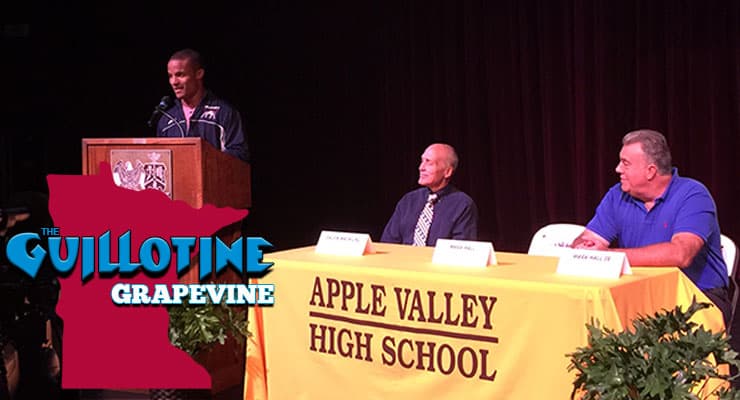 With several athletes from Apple Valley signing on National Signing Day, Hall got the big treatment in the theater of the high school and a live stream on Flowrestling.

After opening statements by Athletic Director Pete Buesgens, Hall took to the stage and announced he would compete for Penn State.

Hall fielded questions from the media as well.

Afterwards, we caught up with Buesgens and Hall to talk about the announcement.