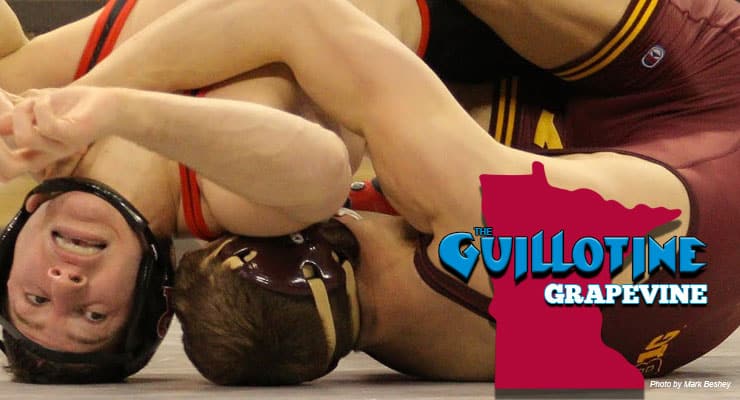 With the Gophers hosting Rutgers, it was an opportune time to talk with publisher of The Guillotine, Jeff Beshey about the state of Minnesota wrestling this season and to get a halfway-point look in at the University of Minnesota.

On Episode 7, we talk with Beshey about the results system at The Guillotine and how busy the season has been for him and the staff, as well as a look towards what we plan to do at the MHSHL State Championship later in February.

Minnesota knocked off No. 6 Rutgers on Saturday, January 17 at the Sports Pavilion. We'll catch up with Head Assistant Coach Brandon Eggum and Gopher wrestlers Tommy Thorn and Nick Wanzek, both of whom picked up huge wins for the Gophers.