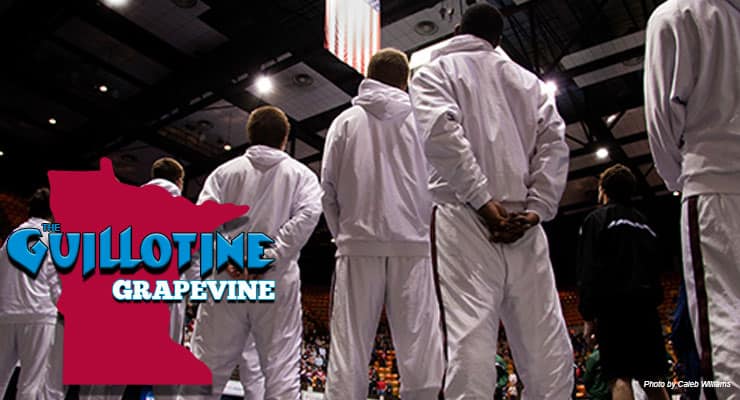 On Episode 9 of the Guillotine Grapevine, the focus comes back to Minnesota wrestling and what makes it great at the Division III level. Jeff Swenson, current Athletics Director at Augsburg and the architect for 10 of the 12 Auggie national championships joins the program.

Swenson talks about his two separate runs as the program's head coach, what he learned from coaching high school at Rosemount prior to coming back to the program as well as a number of things that Minnesota has offered to help make the program one of the crown jewels of college wrestling.

We'll also visit with UW-La Crosse head coach Dave Malecek as he talks about why he recruits the state of Minnesota. There are numerous Minnesota natives throughout the Eagles lineup. We'll also catch up with former Auggie Donny Wichmann, who was in attendance as the school honored the 1991 National Championship team, the first wrestling title won by the school. Wichmann was an assistant coach on that team.