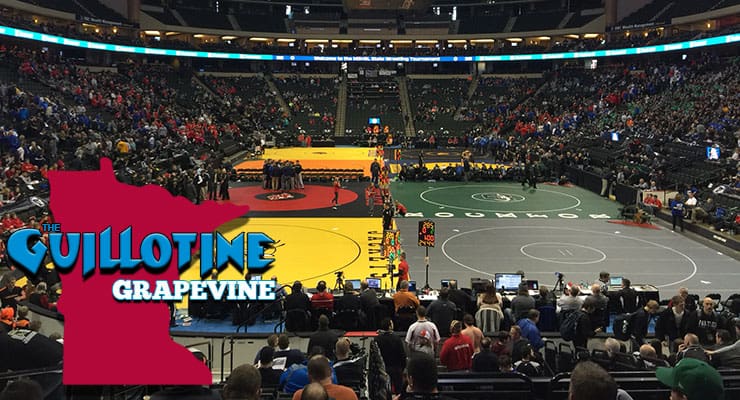 Episode 12 of The Guillotine Grapevine rocks some historic talk as Apple Valley's Mark Hall made history winning his sixth individual state championship to go along with six team championships.

Before we get to Hall, we caught up with St. Michael-Albertville's Mitchell McKee after he won his third championship, stepping on the mat a few weights after his brother Patrick claimed the crown at 106 pounds. Following McKee, we talked with New Prague's Griffin Parriott, who wowed the XCel Energy Center crowd with a 10-second fall in the state championship in AA.

Then we get to Hall, who answered questions from loads of TV stations and newspapers. He talked about the goals he had coming in to beat Destin McCauley's five individual titles and six team titles as well as wrestling with his future college coach Cael Sanderson in attendance.

We also got a few minutes with Sanderson and he gave his impressions about the quality and atmosphere at the Minnesota State Championships.