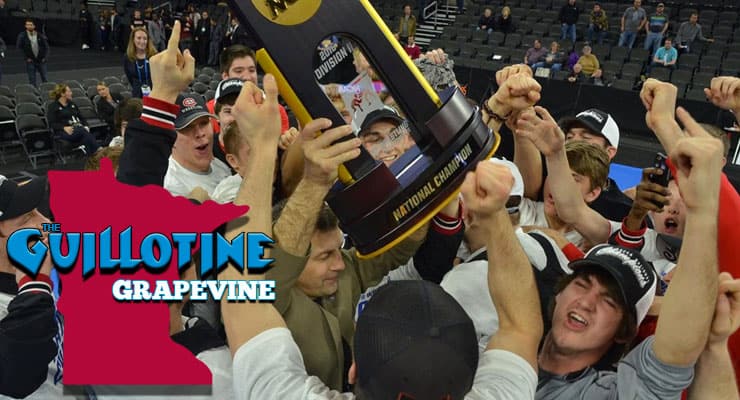 St. Cloud State brought seven wrestlers to Sioux Falls and all seven placed, giving the Huskies an eight-point gap over second-place Notre Dame College. Brett Velasquez emerged as the lone individual champion, but the story there is much more than meets the eye. Velasquez had to beat returning Division II champion Tim Prescott in a wrestle-off twice just to earn the starting spot prior to the regional championship.

We'll go weight-by-weight and also talk about the impact of St. Cloud State dropping six sports and limiting roster sizes will have on the wrestling program.