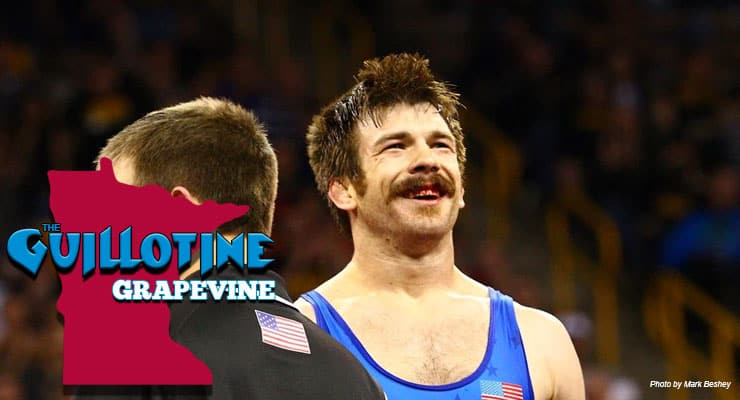 Andy Bisek has endured the Minnesota Storm will have a representative competing in the Olympic Games in 2016. On Episode 14 of The Guillotine Grapevine, Bisek talks about his journey from third in the state to member of the U.S. Olympic team.

The Chaska native also talks about overcoming the bad memories from the 2012 Olympic Trials in Iowa City and explains his development as a wrestler and how his family has shaped him to be the wrestler he is today. It's a great discussion with yet another Minnesota Olympian.