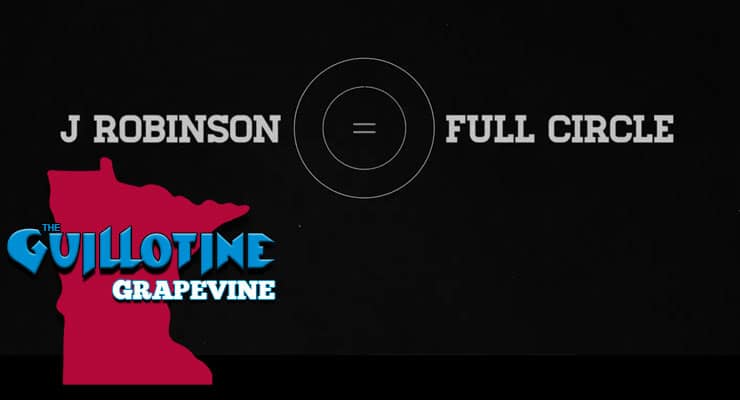 On May 3, the documentary “J Robinson: Full Circle” was released as it chronicled the life of J Robinson and his Intensive Camp system.

Prior to the public release, a small gathering of friends and family attended a watch party at 508 Bar and Restaurant in Downtown Minneapolis and a pre-show was hosted by Jason Bryant with Coach Robinson and the director Ryan Leer. The pre-show was streamed on Facebook Live. This mini-episode of the Guillotine Grapevine contains the audio Q&A from the pre-show.

Fans can watch the documentary at JRobinsonFullCircle.com.