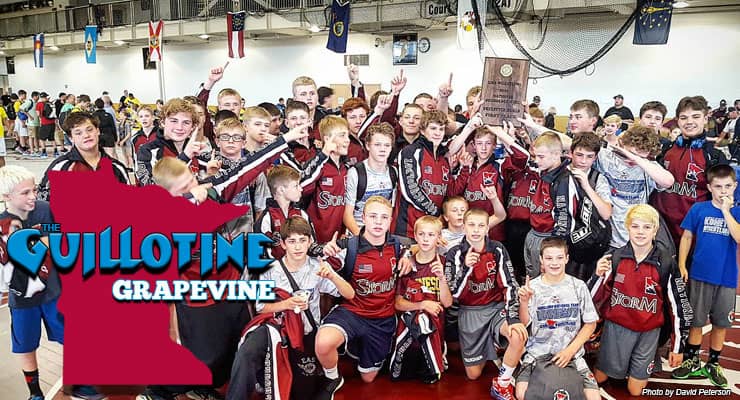 Episode 17 of The Guillotine Grapevine visits with John Thorn, the team leader for the Schoolboy Duals for Team Minnesota.

Two teams in each style traveled to Indianapolis and each style would be won by a team from the Land of 10,000 wrestlers.

Thorn talks about the formulation of the team, his background in the sport, individual successes and the organizational excellence seen within the Minnesota USA Wrestling chapter that contributed to the strong network able to put together a strong team. Thorn also breaks down the training camps and staff used to coach the teams to a pair of championships.